You may recall that last year, before she was so rudely interrupted, the Goatmother had gotten a new camera.  Of course, things being as they were, playing with the new camera got put on a shelf.  Well, guess what?  She's finally blown the dust off ! 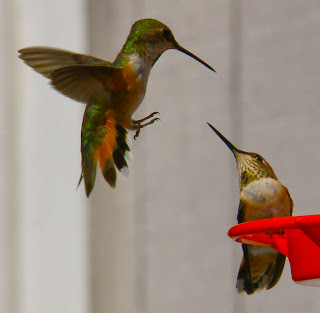 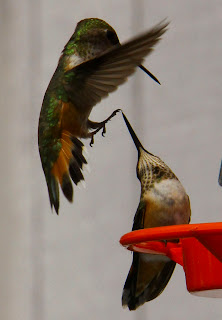 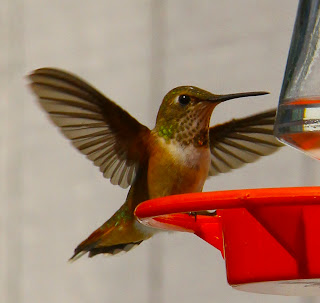 Okay, not perfect.  And she certainly has a loooong way to go to catch up with the SnowCatcher.   Or Teresa over at Eden Hills...
BUT ... the journey of 1,000 miles begins with but a single step.  Right?.
Pondered and Presented by Marigold at 7:21 PM 16 comments: 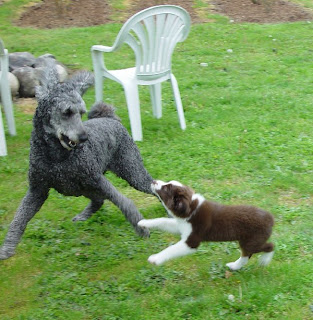 This is our friend, Bailey.  Bailey is a Standard Poodle that lives down below us in 'the holler'.  As dogs go, she is awesome.  When the Mighty Quinn was a puppy, as pictured above, the Goatmother often wondered if he would live through his first year without her killing him first.  He is an awesome dog (as dogs go), now, in part thanks to Bailey.  Bailey became 'mother' and patiently attended to the overly boisterous pup.  She tolerated his behavior even to the point that one time the Mighty Quinn, in play, bit her tongue and made it bleed.  Yet she never so much as growled at him.  She was patient.  Much more so than the Goatmother who sported little nip bruises all up and down the backs of her calves from the Mighty Quinn trying to herd her.  That never went over very well, I can tell you.  And then there was the time Bailey and the young Mighty Quinn deigned to herd all us goats into the corner of our lot and keep us there.  Now that was humiliating.  Despite that little episode, and despite the fact that Bailey was, well, a dog, we still pretty much liked her.  I guess as much as any goat likes any stinky old dog.

We are sad to say that Bailey has left us.  She was really old in dog years, and her owners did a fabulous job of helping her to reach well beyond the age most large dogs reach.  That is a testament to how much they loved her.  We will miss her a lot, especially the Mighty Quinn.  She has been a part of our lives as long as we have lived here.

Run with the angels, Bailey, unencumbered by the constraints of time!  You will be greatly missed and forever loved.


Pondered and Presented by Marigold at 7:54 AM 16 comments: